About the Elderberry Plant 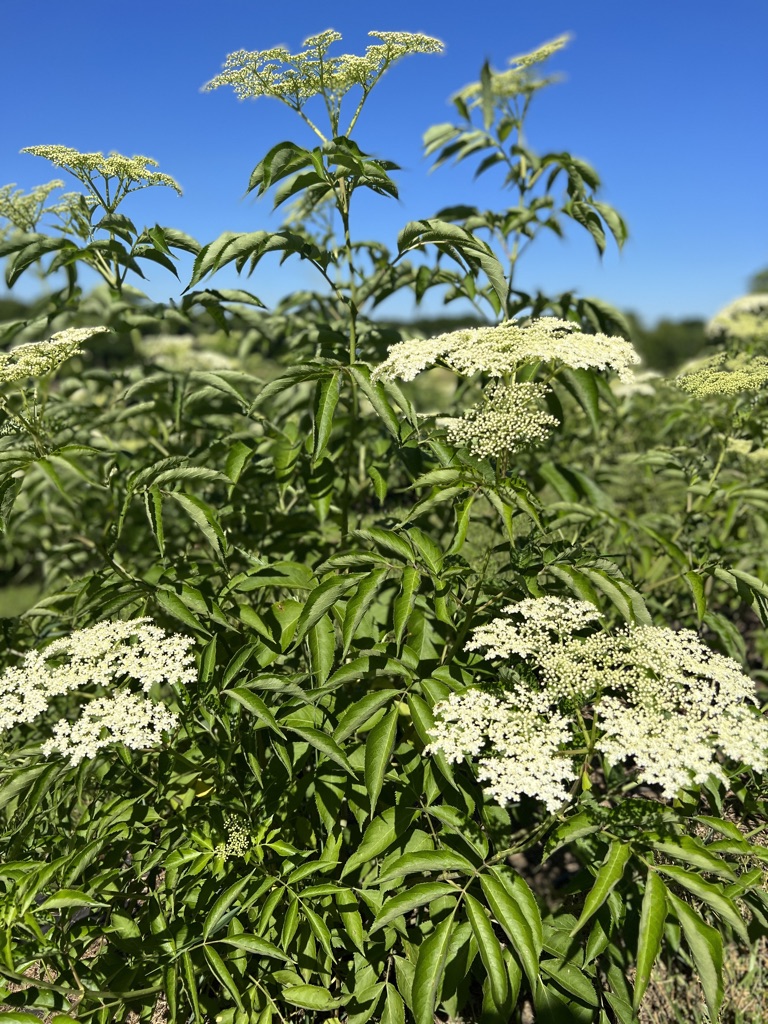 The Various Names for Elderberry

‘Elderberry’ has been said to originate from ‘æld,’ an Anglo Saxon word for fire as its branches were used to make bellows for blowing air into a fire.

Sambucus is the Latin name that came from the Greek sambyke, a  lyre (similar to a guitar), referring to another use for elderberry wood in making musical instruments.

Scientific
The genus sambucus has 30+ different species of shrubs or small, bushy trees in the Adoxaceae family. It was originally categorized under the honeysuckle family (Caprifoliaceae) but has since been reclassified.

The two most frequently used species of elderberry are European black elder (Sambucus nigra), and American elder (Sambucus canadensis). European elder is much larger, typically reaching the size of a small tree, while American elder is a shrub that grows only six to ten feet high. Each species has its own set of cultivars with unique growing characteristics (overall size, soil conditions that they thrive in, plant spacing,  berry and flower sizes, etc.) that some farmers prefer over others.

What does elderberry look like?
Elderberry plants are deciduous shrubs or small trees that have a distinctive, lacy appearance due to their pinnately compound leaves.

The main branches of the the elderberry have a rough gray bark containing spongy pith. The small branches from which the leaves and flowers form are smooth.

Elderberry leaf branches are made up of 5-9 elongated leaflets that are dark green on top and pale green or grayish on the bottom.

In the spring, the plants product lace-looking white or cream-colored flowers in 5-part cymes.

Elderberry plants are varied in height. From 4-8ft for some cultivars in the US to  10-15 feet tall and wide in Europe. They are often grown for their ornamental value and for the edible berries they produce.

Where does elderberry grow?

Elderberry plants (Sambucus nigra) are native to Europe, northern Africa, and western and central Asia. They are also found in many other parts of the world, including North America, where they have been introduced and have naturalized in some areas. Elderberry plants grow best in moist, well-drained soils and prefer full sun or partial shade. They can tolerate a wide range of soil types, but do not do well in drought conditions. 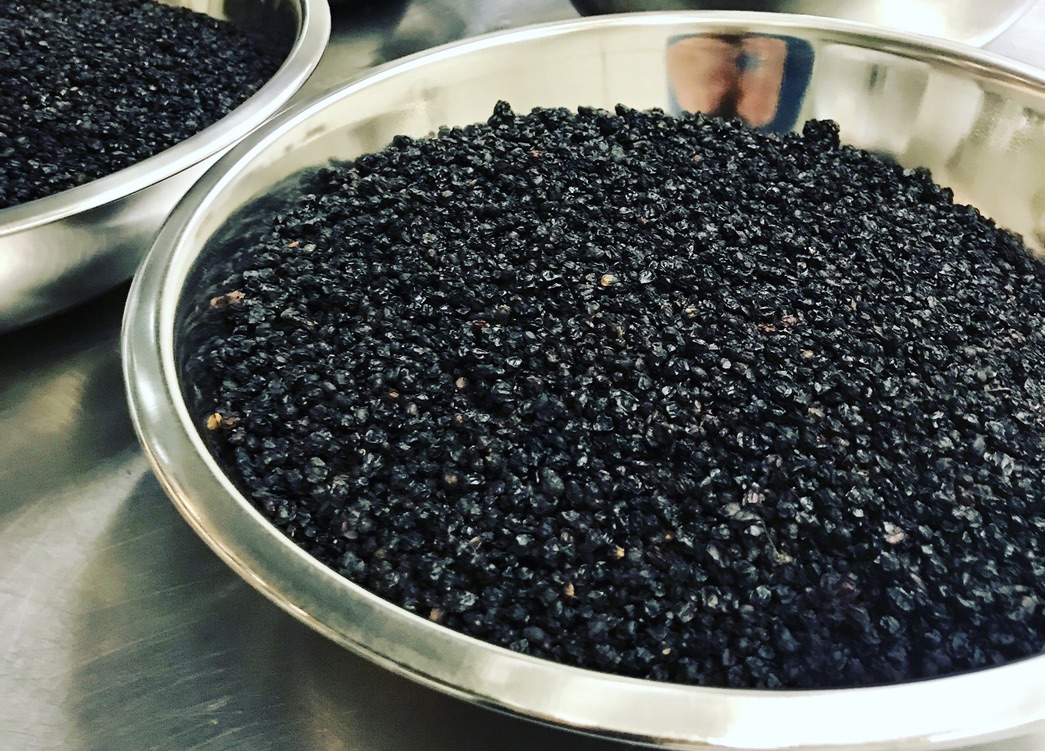 Elderberry plants cultivated for centuries to be used in food and drink, as well as for their nutritional properties. The berries were often used to make wine, and the flowers were used to make a refreshing cordial or tea. Elderberry was also used to make pemmican, a type of dried meat mixed with fat and berries that was used as a portable food source.

In the US, elderberries once grew prolifically in the wild. Many people foraged their land during their childhood and remember picking berries for their parents and grandparents to use in pies, jams and jellies.

In addition to its culinary uses, elderberry was also used by native people for its wood, which was prized for its strength and durability. The wood was used to make a variety of items, including baskets, toys, and musical instruments.

Hippocrates, the ancient Greek physician known as the “father of medicine,” is said to have written about the medicinal properties of elderberry (Sambucus nigra). According to some accounts, he wrote about the plant’s ability to “cleanse and heal the body” and recommended it for a variety of ailments, including respiratory infections, colds, and flu.

Elderberry plants (Sambucus nigra) have been used by various cultures around the world.  The Cherokee used elderberry to treat fever and to induce sweating, and the Chippewa used elderberry to treat respiratory infections and to reduce inflammation. Elderberries are rich in antioxidants and are thought to have immune-boosting, anti-inflammatory, and antiviral properties. Elderberry is often used in the form of juice, teas, extracts, syrups, lozenges, vinegars, and a variety of other ways.

Got it! One more step and you're IN!